How to Avoid Job Hopping From Unhappiness

You know the feeling: you’ve been at your job for long enough that you’re comfortable with your job requirements, but nonetheless, you feel unsettled.

Maybe tension has started to develop between you and your coworkers, or perhaps you feel like you’re not moving up the ladder the way you planned. Now, just when you’ve gotten in the groove at your company, you’re starting to dream about moving on. You’re unhappy with a few things about your job that start to feel like everything about your job, and your skin is practically crawling with an urge to get out, now. You know you’re meant to do more, but just don’t know what that is.

This feeling hit me a few years ago, when I was working as division manager in the staffing field. I felt like I could feel my life ticking away, like nothing I was doing mattered. In reality, I was connecting people to entirely new careers. Opening doors for success. The problem was that I could do the job in my sleep—I was on autopilot. I felt a lack of fulfillment in my day-to-day life.  While it sounds silly to complain about work being “too easy,” I wasn’t happy feeling that impassioned by my job.

That’s when I sought out a mentor, a woman who could help me get to the core of what I really wanted. She didn’t let me just up and quit my job immediately, however; we spent a long time getting to the heart of why I was unhappy.

What I discovered was that this job reflected where I was spiritually. I didn’t have a clear vision of who I was and what I wanted. Yes, I had taken the Myer-Briggs personality test, but I had no idea of my purpose and how I could contribute to the world in a way that fulfilled me as well. My company culture did not fit my values and I had more expertise with nowhere to go.

Over the years, I’ve realized I’m not alone in this experience; I’ve had many conversations with women in all different fields who have hit this point in their job. It’s supposed to be their “dream job,” but something just feels wrong. Instead of sticking with it, they start applying to new jobs, trying to find a quick and easy exit.

Here’s the problem with job hopping from unhappiness: it doesn’t solve anything. And once you get a few months into the next job, you’re going to be unhappy again. The pattern will continue. Then what?

In order to stop the cycle, you have to go deeper than, “I am unhappy in my job.” You have to focus on the core of the issue—identifying all the things that make you dissatisfied and outlining this pattern of dissatisfaction in your life. As you begin to identify and list the patterns, you will find that it is more than just your job that is taking a toll.

One of my friends recently mentioned to me that she was in the midst of frantically applying for new jobs. They were jobs in the same industry, and would all be lateral moves from her current position. Were she to land one of the new jobs, she’d end up in more or less the same role at a similar company as she already had.

I asked her what the merits were of moving to an identical role at another organization, and eventually, through taking the time to identify why she was choosing to keep herself in the same pattern, we got to the deeper issue. It ultimately wasn’t that her job was making her unhappy; it was that she didn’t feel qualified for her role at her dream company. Even though she had the degree and the training of an ideal candidate, her own self-doubt held her back from settling comfortably into a new position.

I asked her to hit pause on her mindless job applications, and instead to spend a solid 24 hours focusing all of her energy on envisioning herself getting that dream job. I didn’t want her to leave her current situation and recreate it in the next position—I wanted her to really envision what she wanted her next career move to be and then identify what thoughts were holding her back from achieving it. It’s so easy to think about all the things that make us unhappy; it’s much harder to really ponder what would make us happy and how we are sabotaging our success.

At the end of the 24 hours, she moved forward with an interview for the job that had her genuinely excited. She ended up getting the job, but more importantly, she had gained clarity on what job satisfaction looks like and now feels the inner fulfillment.

Are there areas of your life that you’re feeling unsatisfied with? Start by asking yourself: what is it about myself and my habits that’s making me feel so uncomfortable? Identifying the underlying issue is the first step in any job—or any relationship, for that matter—in deciding whether it’s time to stay or go. Not only will you be able to make a more educated decision on your current job, but you’ll also be prepared to identify the job that will make you happier in the future and navigate the path to achieving it. Let yourself dream big on what you really want and visualize achieving that dream. 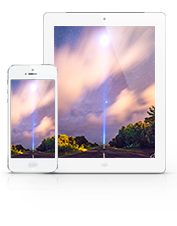